The theory of yin and yang is the most fundamental concept of Traditional Chinese Medicine (TCM).  One of the major beliefs of TCM is that all things in the universe are either yin or yang.  However, there are no absolutes; nothing is either all yin or all yang, but a balance between the two forces.  For example when day changes into night, it is an example of yang object turning into a yin object; when winter turns into spring; it is considered a change from yin to yang.

These forces are opposite, yet complementary, and share an interdependent relationship, for without yin there would be no yang and without yang there would be no yin.  Yin is generally associated with objects or ideals that are dark, cold and still.  Yang is generally associated with concepts that are bright, warm and in motion.

In TCM, illness is believed to be caused by an imbalance of yin and yang in the body.  With an excess of yin in the body, the yang Qi would be damaged leading to a development of a cold disease.  An excess of yang in the body will likewise damage yin Qi and lead to developing a heat disease.

Basic treatment of these diseases is aimed at replenishing the depleted yin or yang, and it is through this process that the balance of yin and yang is re-established.  TCM practitioners attempt to determine the exact nature of the imbalance, then correct it through a variety of approaches, including acupuncture, herbal medicine and lifestyle (diet and exercise).  As the balance is restored, so is the individuals health.

Qi is pronounced "chee" or "chi".  This substance is a vital force or energy used to control the workings of the human mind and body.  It plays an important role in TCM, as it warms the body and protects it from illness.  Qi is derived from two main sources: the air we breathe and the foods we eat. Qi is believed to flow through the body through channels, or meridians that correspond to particular organs or organ systems.  Each organ in turn, has its own characteristic Qi.  Occasionally Qi may become unbalanced due to a depletion or obstruction.  When this occurs,  the function of organs or organ systems may be adversely affected, because of the body's inability to transport the Qi necessary to fight illness or infection.

Blood pronounced "Xue" is perhaps the most important liquid in the body.   TCM principles hold that blood is the foundational element for the formation of bones, skin, nerves, muscles and organs.  It nourishes the body, moistens the body tissues ensuring they do not dry out.  Blood also contains the "Shen" or "Spirit" which balances the psyche.  Blood and Qi perform many of the same functions, yet are interdependent.

Jing or "essence" is the substance responsible for reproduction and regeneration.  It is believed to be derived from two sources: the energy inherited from our parents and the energy one acquires in his or her daily life, chiefly from our air, food and water. Jing regulates the body's growth and development, and works with Qi to help protect the body from harmful external factors.

Jing and Qi share a close relationship.  In TCM they are believed to form the foundation for the "Shen or "Spirit".

Body fluids also known as Jin Ye are liquids that protect, nourish and lubricate the body.  These fluids include sweat, tears, saliva, stomach acid, mucus, semen, breast milk, and other bodily secretions.  In TCM theory the Jin are the lighter, purer fluids, which moisten and nourish the skin and muscles.   The Ye on the other hand, are the darker denser fluids; they nourish the internal organs, bones, brain and body orifices.

The Five Element theory is one of the major systems of thought in TCM.  It has been used for more than 2000 years in the diagnosis and treatment of disease.

The Five Elements are:  Wood, Fire, Earth, Metal and Water.

With the Five Element theory there are four main cycles.

The second cycle is called the "Ke", or controlling cycle.  According to the Ke cycle each element is in a check and balance type of relationship, that helps to keep order.  Each element is both controlled and controls another element.  (Water controls Fire, but is itself controlled by Earth.)

The third and fourth cycles are cycles of imbalance.  In the overactive cycle, if an element overacts or exerts to much control over its subordinate element , it can damage the element  or cause imbalances in the body.  For example, the Water element, can extinguish the Fire element, or the Earth element may soak up the Water element.  In the insulting cycle, forces are reversed, the subordinate element returns the controlling force, generated by the controlling element, again causing an imbalance in the body.   Instead of Water suppressing Fire,  in the insulting cycle,  Fire would actually burn up Water.

Viscera and Their Manifestations 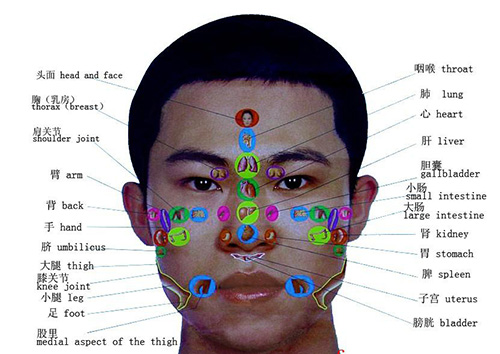 The Causes of Disease in Traditional Chinese Medicine

The philosophy in TCM is that all disease has either an Internal or External cause.   External causes are related to a place or locality, the weather or environment.  The external environmental causes are called the "Six Excesses" (Wind, Dryness, Cold, Fire, Moisture and Heat.)  The Internal causes of disease are considered to be generated by the mental state, which are classified into"Seven Emotions" (Joy, Anger, Anxiety, Brooding, Sorrow, Fear and Fright.)  TCM considers that disease develops due to a disruption of the flow and quality of Qi which results from being subjected  to an excess of one or more of these causes of disease. 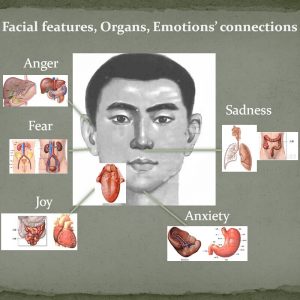 Listening and smelling inquiry relates to listening to the voice and the breath as well as to smell the odour of the patient.  These methods are used to collect information for diagnosis and use of drugs. Through inquiry the doctor can know the subjective feeling, life style and anamnesis of the patient as well as the duration of the disease. 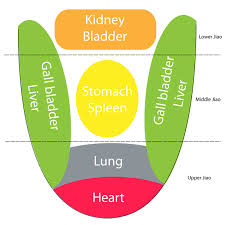 Our body is an amazing creation made up of highly intelligent systems, organs and cells that work in a complex but harmonious relationship.  When we eat a balanced diet, exercise and get enough rest, we give these powerful protectors the fuel and strength they need to keep us perpetually healthy. 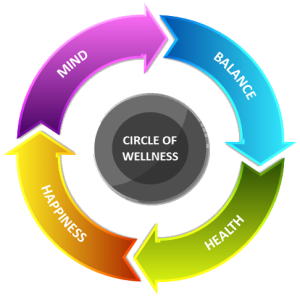